„The German market is less revenue- than it is trust-driven“

Dor Isseroff, Regional Director DACH of the Israeli Unicorn ironSource, on obstacles in the German market, cultural differences between Germany and Israel, and his Learnings navigating German corporates. The interview was conducted by Hanna Börgmann, Project Assistant at the German Israeli Startup Exchange Program (GISEP).

Hanna: Please quickly introduce yourself and your company to us. What is ironSource all about?

Dor: I am the Regional Director DACH at ironSource since August 2017 – that’s also when I relocated to Berlin. I’ve been working for the company for three years now and saw the company grow from 200 to 800 employees.

Our main goal at ironSource is to empower app developers to turn their apps into scalable, successful businesses. We have a deep understanding of the pain points and challenges faced by developers – partly because our founders are developers themselves. ironSource in fact originally started as a company developing B2C applications before our founders realised how difficult it was to monetize and distribute their products. At that point, we pivoted the business to focus on providing solutions to other developers facing those same problems.

Today, our mobile monetization platform is used by tens of thousands of app developers to drive more revenue with enjoyable ads like playable or opt-in video ads. Our scale makes us one of the largest independent mobile monetization and marketing companies in the industry today and we’re continuing to expand our market share globally with increased local presence in regions like APAC and Europe.

Hanna: As part of ironSource’s European expansion you established yourself in Berlin. What were your main difficulties in gaining a foothold in the German market?

Dor: German startups have the privilege of being able to sell to a very large local B2B market with customs and players they are familiar with. For Israelis, it’s a very different story. The Israeli market is small which is why Israeli Startups have to aim big – i.e. global – from the beginning. For Startups in most other countries the model is: local first, global second. For Israelis, it’s global first and forever. This adds a layer of complexity to our business.

For example, in the case of B2B business in Germany, it is difficult to navigate the corporate structures. As Israelis, we are not used to corporations the size of German ones with up to 100,000 employees. The larger the entity, the harder to approach in general and to know who is the appropriate person to contact in detail. Connections are everything and for connections you need to have a robust local network or people that are familiar with the market and willing to support you. Luckily the latter was the case for us in Germany with GISEP – and in our first 6 months of operation in Germany we’ve tripled our activities here.

Hanna: ironSource is already active in various foreign markets. Did you encounter more obstacles that were specific to Germany?

Dor: Every company operating in foreign markets faces challenges it did not face in the home-market. However, as a foreign company in Germany the main difficulty is gaining the trust of German clients. In that sense, you could say the German market is less revenue-driven than it is trust-driven. Germans do not necessarily decide based on where they can make the most money, but based on who they know long-term and trust. They are generally much more cautious.

This is exactly why initiatives like the GISEP are so valuable. The GISEP has helped me enormously in establishing connections to German companies and making helpful introductions, which immediately increased trust and helped us to overcome the liability of foreignness as an Israeli startup in the German market.

Hanna: What did you personally learn from your first months in Germany?

Dor: Patience. It’s important to be patient in Germany, as potential German customers or partners can take longer to decide. Being pushy won’t help. This is something that is especially hard for Israelis – what we perceive as “chutzpah” will be seen as rude by our German partners. But the patience usually pays off: once you get positive feedback, the decisions stands. I have really learnt to love German reliability in that regard.

Hanna: Last but not least, what is the specific potential and value between the German and Israeli ecosystems, in your view?

The German market is thirsty for good technology solutions and Israelis have a lot to offer there. Israelis, as I said, need to go international and Germany presents a compelling market for them. Initiatives like GISEP help to realize this potential for mutual benefit.

The German Israeli Startup Exchange Program (GISEP) was initiated by the German Startups Association in 2016, and is supported by the Federal Ministry for Economic Affairs and Energy. Check out the website here. 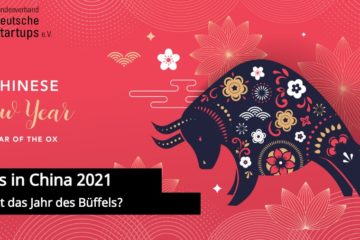 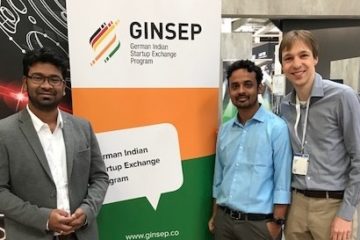